Advantages and Disadvantages of Toy Guns for Kids

There is never-ending debate whether it is good to give toy guns to kids. With numerous cases of gun violence making headlines daily, some parents have opted from not purchasing toy guns. However, some studies have shown that when children are barred from playing with realistic toy guns, they felt they are doing wrong things. Unfortunately, they continue playing without telling anyone. The truth is that when children are left to play freely, their imagination thrives.

These are some of the reasons children should be allowed to play with toy guns.

You should note that toys provide form, structure, and reason to play. Therefore, gun toys are just the same as other toys. With these toys, children can learn many things and even improve their imagination. They can also enhance their creative skills. If you deny your child a toy gun, you are hindering his or her creativity.

When kids are allowed to use toy guns, it becomes easy to teach them gun safety. This will ensure your children know what they are supposed to do whenever they come across a real gun. Since gun safety is not taught in schools, it is necessary to teach it at home. Kids will also learn how to handle guns safely. This is because gun handling safety rules are the same whether you are handling real firearms or toy guns.

There are a few disadvantages that are associated with toy guns. These are some of them:

A potential problem of having a child play with the real toy gun is that other people might think that the child is playing with a real firearm. In fact, some people have contacted the police on this.

Aggressiveness has its pros and cons. When a child plays with a toy gun, he or she tends to become more aggressive. Thus, your child might attack other children whenever he or she feels threatened.

According to a child, there is nothing wrong with using a gun. He or she believes that the use of a gun is a sign of heroism as it saves people are in need of help. Therefore, there is a need to teach children how to use the toy guns safely.

When you try to suppress something, it is likely to flourish. This is also the case when parents refrain their children from playing with toy guns. When you buy toy guns, make sure you purchase those that look like real toys. There is no harm when children play with toy guns. If your child starts to become violent, you should try and control that.

Toy guns have been around for many years. It is a question of determining whether they are safe to play. If you are uncomfortable with them, you do not need to purchased them. However, experts also warn against forbidding them. Even if you do not purchase toy guns, kids can try to make their own or pretend to be using guns. 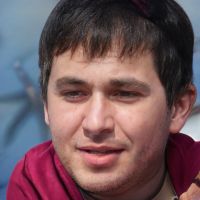 Rupert is an expert in the field of technology. He has been working in the industry for over 10 years and has developed a number of groundbreaking products. He is currently the CEO of Conversion.ai, a company that specializes in online conversion optimization. Carlos is also the CEO of Proof, a company that helps businesses increase website traffic and improve lead generation.

Rupert is an expert in the field of technology. He has been working in the industry for over 10 years and has developed a number of groundbreaking products. He is currently the CEO of Conversion.ai, a company that specializes in online conversion optimization. Carlos is also the CEO of Proof, a company that helps businesses increase website traffic and improve lead generation.